Learn more on Sentinel
Share
Copernicus is a European Earth Observation Programme, coordinated by the European Commission through the European Union Agency for the Space Programme (EUSPA) and in collaboration with the European Space Agency (ESA), the aim of which is to monitor the environment and mitigate the effects of climate change, contributing to the management of humanitarian emergencies, natural disasters and population security.

Telespazio, one of the leading industrial partners of Copernicus, plays a major role in terms of the programme's high-tech systems, operations, applications and services.

In particular, Telespazio is in charge of the development, maintenance and management of the operations of PRISM (Copernicus Contributing Missions access Support Functions and Platform), the system that enables the distribution of satellite data - acquired from Copernicus missions - to ESA users engaged in emergency management, environmental monitoring and safety operations.

The PRISM system is entirely available in the commercial cloud and totally integrated with the ESA’s Sentinel missions, with the Italian COSMO-SkyMed satellites, and with the other missions linked to the Copernicus programme (the Copernicus Contributing Missions).

Telespazio has also contributed to developing the ground segment and operations of Copernicus.

In particular, it has played a leading role in the implementation and evolution of the Payload Data Ground Segment (PDGS) for the Sentinel-1 and Sentinel-3 missions (through the subsidiary Telespazio Germany), and of the Mission Control Systems of Sentinel-1, Sentinel-2, Sentinel-3 and Sentinel-5P.

In operations sector, Telespazio provides its own personnel to support ESOC, the European Space Operations Centre of the ESA, during the pre-and post-launch phases of the Sentinel satellites that make up the programme. Moreover, it is in charge of the operations, maintenance and evolution for ESA-PRISM and of the radar data acquisition of Sentinel-1 from e-GEOS's, joint venture between Telespazio (80%) and the Italian Space Agency (20%), Matera Space Centre since 2014 one of the Ground Stations of the Copernicus Core Ground Segment.

For operations management, maintenance and evolution of the Sentinel 3 mission ground segment, Telespazio has also collaborated with ESA in the Ground Segment Transformation project, managing the entire design and migration of the ground segment, adapting it to new technologies and guaranteeing the best performance obtainable from a cloud platform.

Transferring the Sentinel-3 mission's entire ground segment to the public cloud enables an optimisation of its computing resources by around 40 per cent, increasing the system’s reliability and resilience while ensuring that all users have the same amount of time to access information.

Within the framework of the programme, Telespazio has won the Copernicus Coordination Desk contract, through which it will provide E2E monitoring and coordination of operations for the entire Copernicus constellation. In this context, Telespazio links all the services deployed for the acquisition and generation of earth observation data.

As regards services and applications, Telespazio operates (through its subsidiaries e-GEOS, GAF and Telespazio UK) in the fields of emergency management, land and maritime security, land resource management and climate change monitoring. Moreover, it provides the Copernicus programme with Earth observation data from the COSMO-SkyMed missions.

e-GEOS supplies the European Commission with geospatial data and satellite maps of areas struck by emergencies, thus supplying the civil protection agencies and relevant authorities of EU countries, as well as international humanitarian organisations, with the data needed to handle catastrophic events. 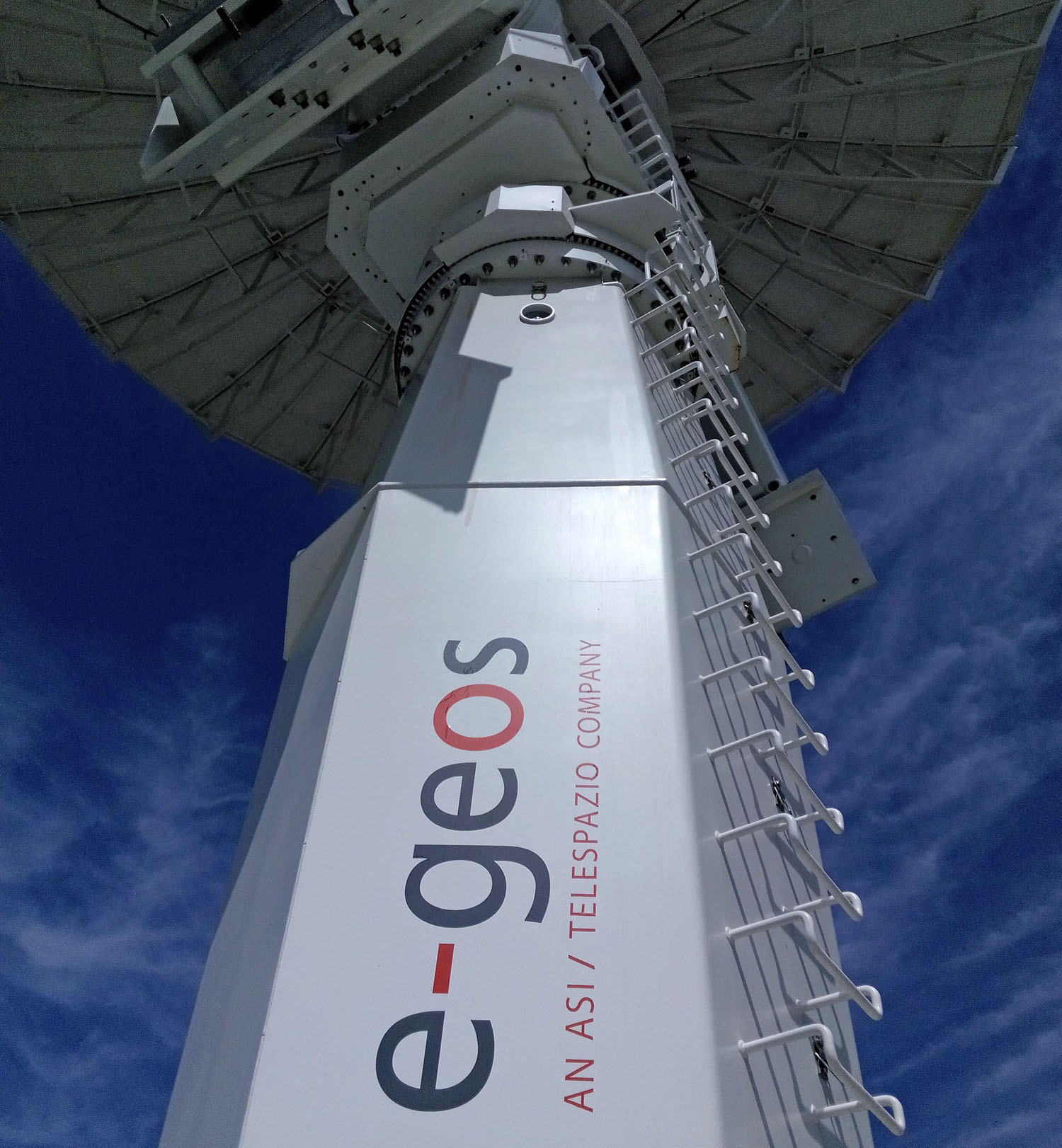 The European Commission can thus provide pre-and post-event maps in any area of the world within a few hours of an emergency occurring, a fundamental capability in organising and coordinating relief efforts. The service, available 24/7 for the management of crises (floods, earthquakes, fires, technological disasters), is managed by e-GEOS, at the head of a consortium made up of the subsidiaries GAF (Germany) and Telespazio Ibèrica (Spain), and of the partners ITHACA (Italy), SIRS and University of Strasbourg (France), GMV (Portugal).