GLOBAL
it
Fucino Space Centre
Share
A pole of excellence with over fifty years of history: in 2018 it received the prestigious full certification assigned by the World Telesport Association.

Telespazio's "Piero Fanti" Space Centre in Fucino (L'Aquila) has been active since 1963 and today, with its 170 antennas and 370,000 square metre, it is recognized as the first and most important "teleport" in the world for civilian use.

The Fucino Space Centre carries out in-orbit satellite control and telecommunications, television and multimedia services. Operational logistics and field services are active in support to the services provided.

It employs 250 workers including engineers, specialist technicians and operational staff.

The Galileo Control Centre is an infrastructure of 5,000 square metres that ensures processing and distribution of the navigation signal to satellites and the quality of service delivered to end users. This Centre manages the orbit of the constellation's satellites and a network of about forty ground stations.

From the Fucino Space Centre, Telespazio performs the satellite in-orbit control activities, carried out by a team of over 100 engineers and specialist technicians, including the TT&C services (Telemetry, Tracking and Command) and, in general, all activities related to space missions for the major satellite operators.

The Fucino Centre also hosts the LEOP services (Launch and Early Orbit Phase, which goes from the time the satellite separates from the rocket until it reaches final orbital position). These services include managing satellite operations, managing the ground station network, and the flight dynamics for all types of civil and military satellite mission.

Mission operations for the COSMO-SkyMed and Galileo programmes are carried out from Fucino.

Through the Fucino Space Centre, Telespazio carries out ground-satellite integrated connectivity services on a global and regional scale, both fixed and mobile, for the major satellite operators.

Fucino manages the Telespazio television services, including signal carrier and distribution services for the major national and international broadcasters and direct satellite broadcasting of radio and television signals through digital platform systems. 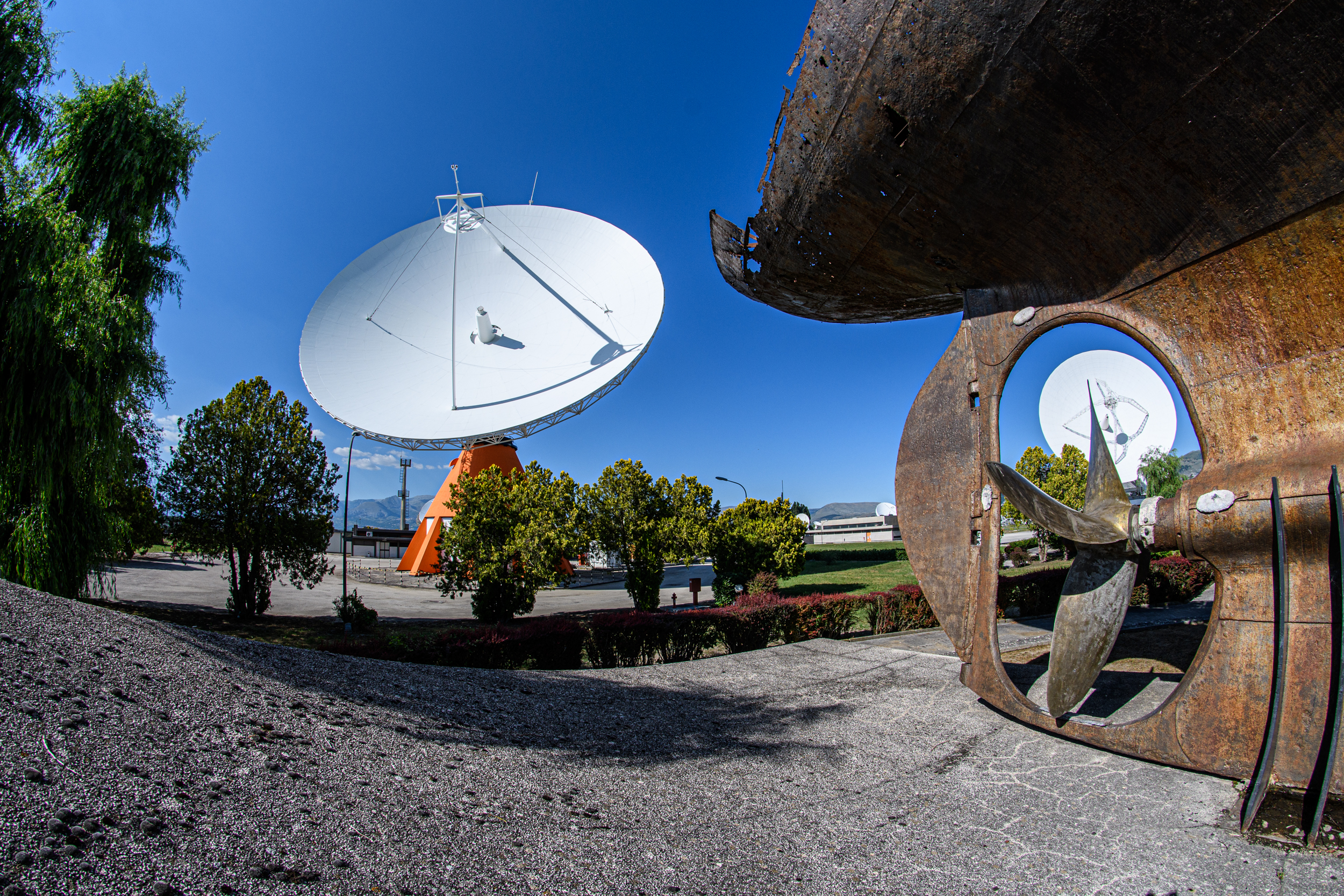 The ship Elettra and the Museum

The Fucino Space Centre houses the stern of the ship Elettra, on which Guglielmo Marconi carried out his shortwave radio propagation experiments in the period between the two World Wars. Built in the early twentieth century, Marconi bought the Elettra in 1921, and in the following twenty years he used it as a laboratory-ship sailing around the world. In 1937, at the scientist's death, the ship was purchased by the Ministero delle Poste e Telecomunicazioni which, in 1978, donated the stern section to Telespazio.

The Fucino Space Centre Museum was built in 1968, and it houses some equipment used in the pioneering phase of satellite telecommunications. Among these, the mobile stations with which the first transmissions between the US and Italy were carried out in 1962 using the Relay satellite, and the 9-metre diameter antenna used from 1963 for transmission experiments with the Telstar satellite. In 1968, this antenna was transported to Uganda for Pope Paul VI's visit, and it provided the first worldwide television link from Africa.